Colorful Heliconius butterflies have a wide variety of wing patterns and an amazing ability to mimic the appearance of other butterfly species. They also split into many species during a short timescale, which has made them prime research subjects for evolutionary biologists for more than a century.


With all that scientists have learned about this dynamic genus of butterflies, one burning question still hasn’t been resolved: why do groups of species like Heliconius tend to diversify more rapidly than others? Using a newly pioneered, low-cost sequencing strategy on 20 whole Heliconius genomes, researchers from Harvard, BYU and MIT were able to find answers by reconstructing their evolutionary history with greater detail than was previously possible.


In a paper published today in Science, the researchers shed light on the rapid speciation of these exceptional butterflies and describe an evolutionary history rampant with introgression, wherein species exchange genes due to interbreeding between genetically divergent individuals. On a grand scale, the findings provide evidence that the model of an evolutionary tree first famously drawn by Darwin may need some adjusting.


“The traditional way of looking at evolution as a bifurcating tree doesn’t capture the complexity of the evolutionary process,” said study co-author Paul Frandsen, professor of plant and wildlife sciences at BYU. “Instead of a tree, it’s more like a bush or a network. By looking at whole genomes and using our new methods, we can get a much clearer picture of what’s going on.”


When evolutionary biologists want to know about the evolutionary relationships among different species, they generally do that with a phylogenetic tree. Each species is a tip of a tree branch and a series of bifurcations, or splits, lead to each branch. But it turns out that for many species, there is no resolution as a simple bifurcating tree — if evolution was a clean splitting process, every gene should have the same evolutionary history. 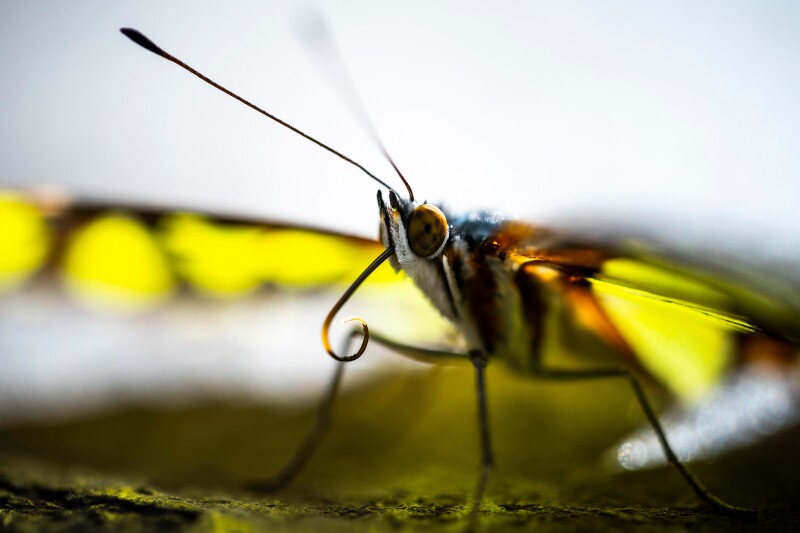 1 of 8
Close up of butterfly for Paul Frandsen Science study at BYU.
A closeup photo of a butterfly taken at Thanksgiving Point Butterfly Biosphere.
BYU Photo 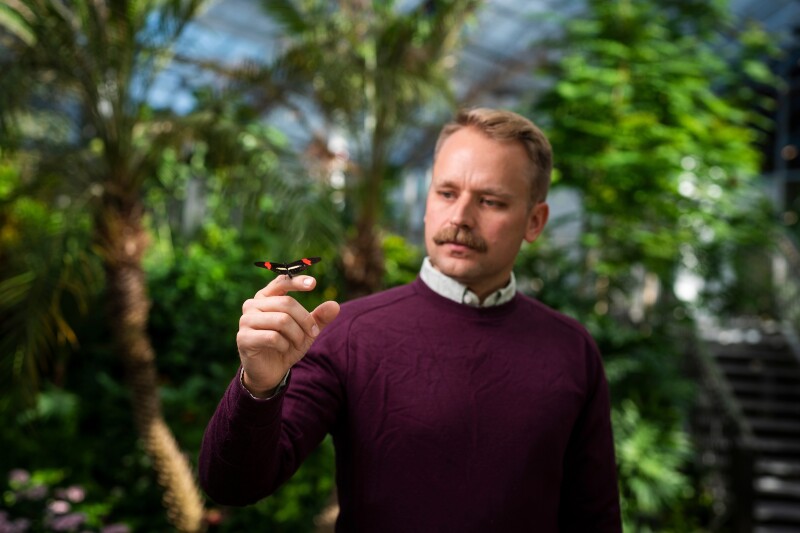 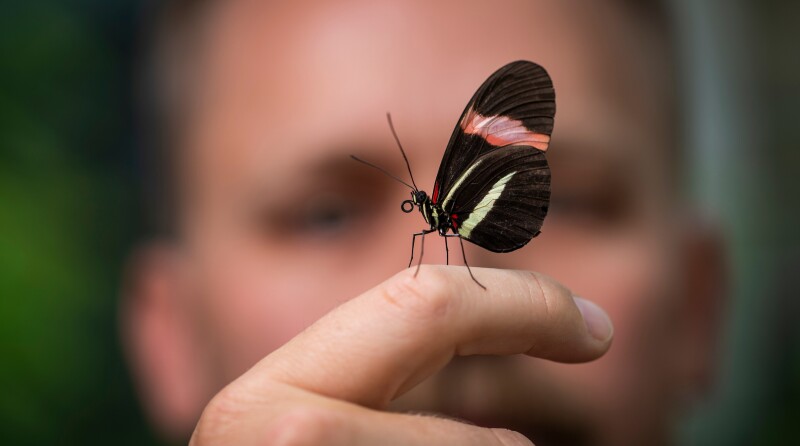 3 of 8
Paul Frandsen with butterfly for Science study, BYU
Dr. Paul Frandsen holds a butterfly up to the camera at the Thanksgiving Point Biosphere.
BYU Photo 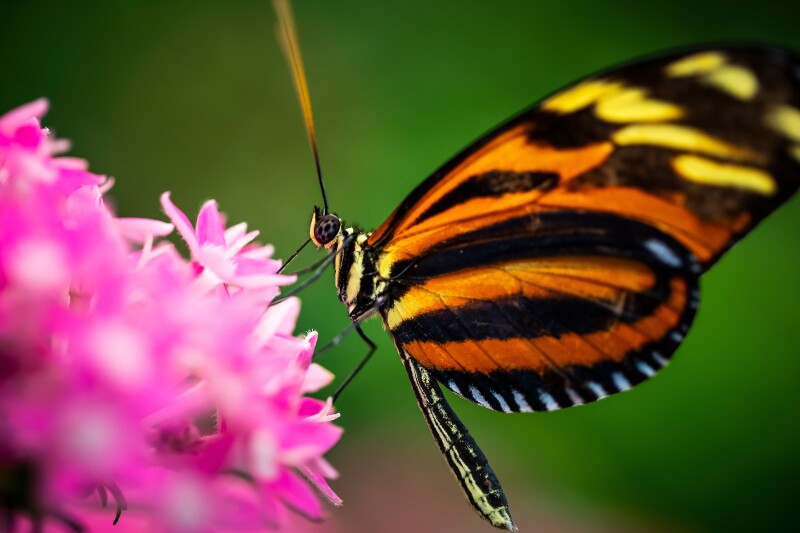 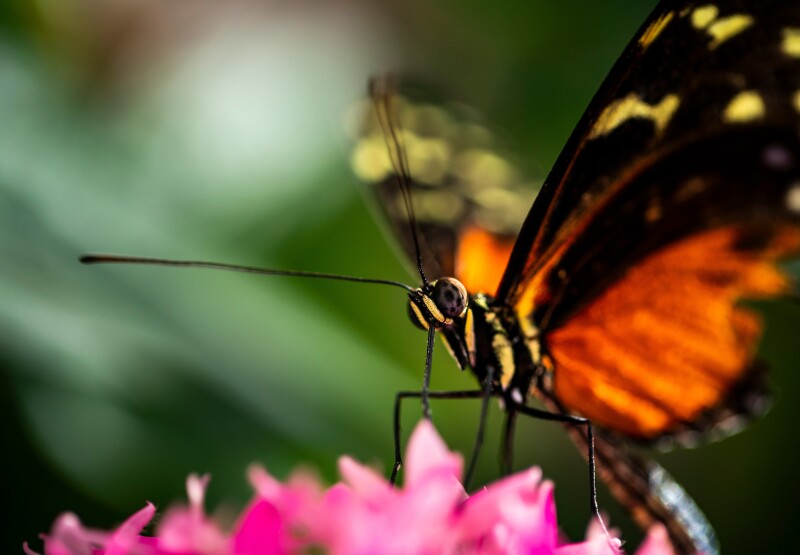 5 of 8
FrandsenScience/1910-05 0253.jpg
A butterfly is photographed at the Thanksgiving Point Biosphere. New research in Science co-authored by BYU professor Paul Frandsen looks at the evolution of butterflies.
BYU Photo 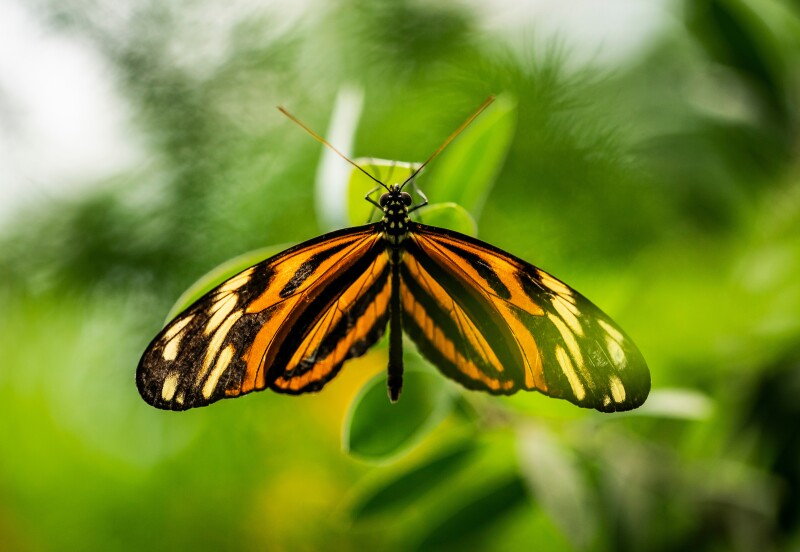 6 of 8
Frandsen Science paper with butterflies, at BYU
Butteflies like this one at the Thanksgiving Point Biosphere are the subject of a study from Paul Frandsen, BYU plant and wildlife sciences professor.
BYU Photo 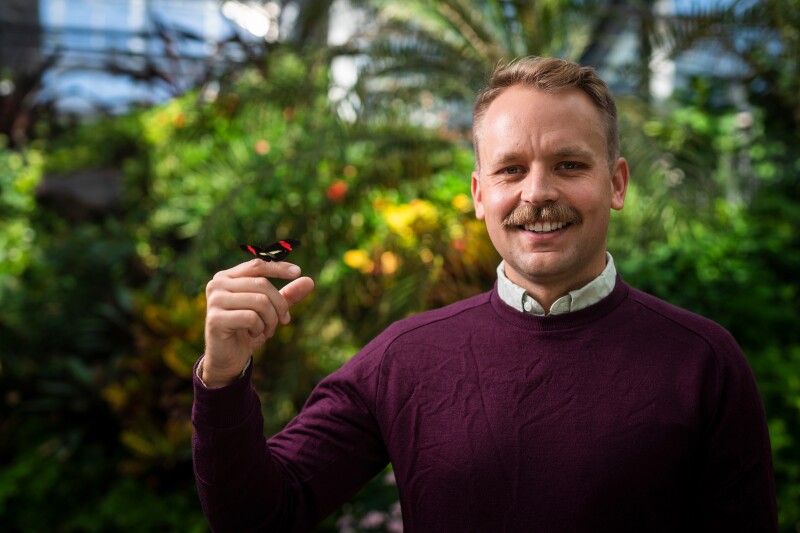 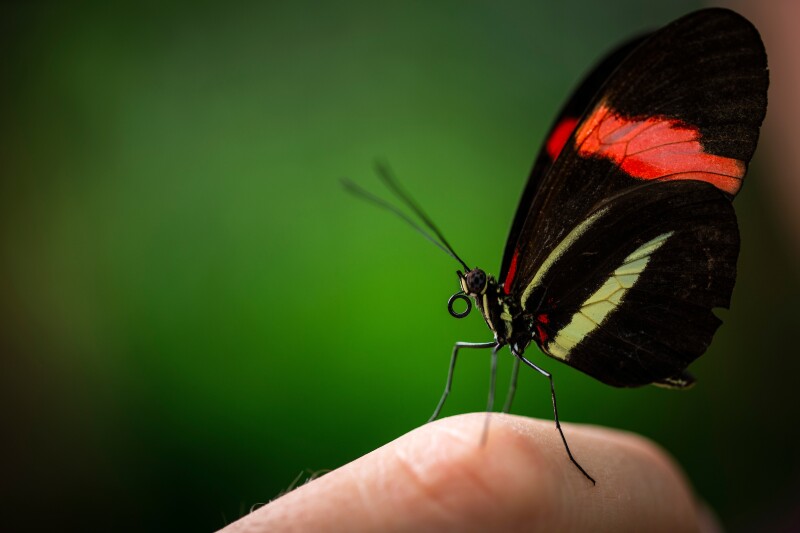 8 of 8
BYU Science study with butterflies.
Extreme closeup of a small butterfly on the finger of Dr. Paul Frandsen at the Thanksgiving Point Biosphere.
BYU Photo
1 of 8

An increasing number of evolutionary scientists have come to believe introgression is at play, especially in cases of rapid speciation. But until now there haven’t been adequate tools to rule out other possible scenarios, such as incomplete lineage sorting events (where two species have a common ancestor with multiple gene variants, but those gene variants don’t perfectly sort with the species boundaries). In generating 20 whole genome assemblies, Frandsen and his fellow authors had the biggest data set they could bring to bear on the situation.


They then came up with a new computational method to determine whether the source of conflicting evolutionary histories detected in the genomes was introgression or incomplete lineage sorting. Using supercomputing facilities at Harvard, the Smithsonian, and BYU, they found introgression was behind 70 percent of the incongruent genealogies they uncovered in the genomes, as compared to 30 percent for incomplete lineage sorting. This result confirmed that even when speciation events occur close in time, hybridization from introgression can be a dominant cause of gene tree discordance.


“We were able to demonstrate in great detail the importance of introgression among species in this genus, so that each chromosome was a patchwork of different relationships with its nearest relatives,” said senior author James Mallet, Harvard professor of organismic and evolutionary biology. “In addition, we showed that genomic architecture, such as chromosomal inversions and local recombination rate, had strong effects on the rate of introgression and the trees of relationships among species.”


Researchers said the paper sets a template for how to do phylogenomics moving forward. As genome sequencing and assembly technology rapidly improves, and new and larger datasets of diverse species are generated, comparative studies involving other multiple high-quality whole genome assemblies of diverse species will be commonplace.


“If nothing else, this paper should help people that are having a hard time resolving species trees to consider that it could be more complicated than the bifurcating models they’ve been using,” Frandsen said.

To see what other projects and research Frandsen and his students are up to, check out his lab website here: http://frandsen.byu.edu/.