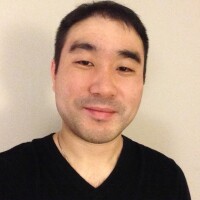 Raymond Lee is a Postdoctoral Fellow researching ecological (terrestrial, aquatic, and glacial) and social responses to anthropogenic disturbances from the plot scale to the continental scale. Such disturbances include wildfire, permafrost melt, land use change, climate change, and reservoir operations. He completed a postdoctoral research assistantship in the Department of Advanced Study and Development at Pacific Northwest National Laboratory, where he developed novel workflows that combine advanced hydrologic modeling software in a High Performance Computing environment to simulate surface flow of a large river. He earned his Ph.D. in Forest Resources and Environmental Conservation at Virginia Tech, where he studied nitrogen cycling and water transit times in the subsurface soil environment of a forest hillslope. He earned his M.S. in Geography at San Diego State University, where he studied cultural eutrophication in urban drinking water reservoirs that are impacted by land use change, reservoir operations, climate variability, and aquatic food webs. He earned his B.S. in Managerial Economics and B.A. in Philosophy at U.C. Davis. In his spare time, he is keeping up with reality TV shows.